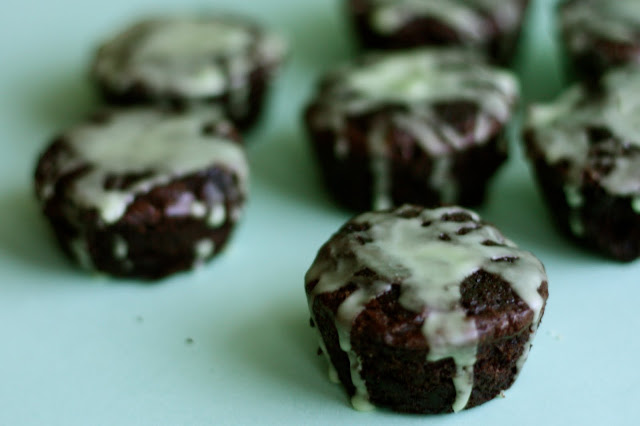 I wanted to make something with an Irish kick for St. Patrick's Day.
I understand that Irish Car Bombs are not really Irish...
but in my limited Americanized experience of the holiday,
the Irish Car Bomb is an essential element in the celebration of
St. Patrick's Day. (for those of legal drinking age, of course)

My first dessert search revealed that there are many, many recipes
in existence for "Irish Car Bomb Cupcakes". But I baked cupcakes
last week and there was a box of brownie mix in my cupboard.
I wanted to give you guys something a little more unique.
And really, if there's one thing that could be added to the
Guinness/Bailey's/Jameson combo, it's chocolate.
And so I created... Irish Car Bomb Brownie Bites! 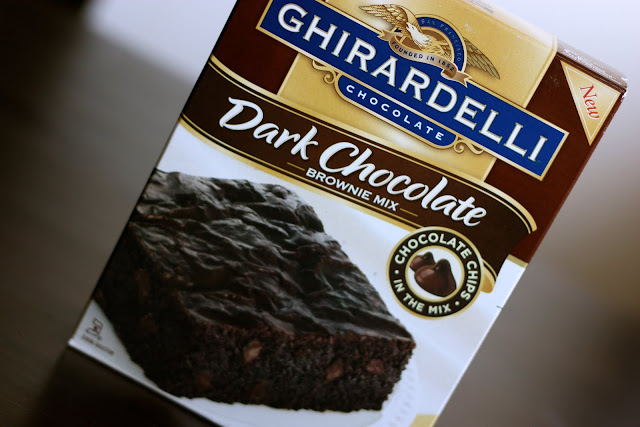 I started with Ghirardelli Chocolate's Dark Chocolate Brownie Mix.
I have a thing for dark chocolate. And dark chocolate has a thing
for Guinness. So it all works out. 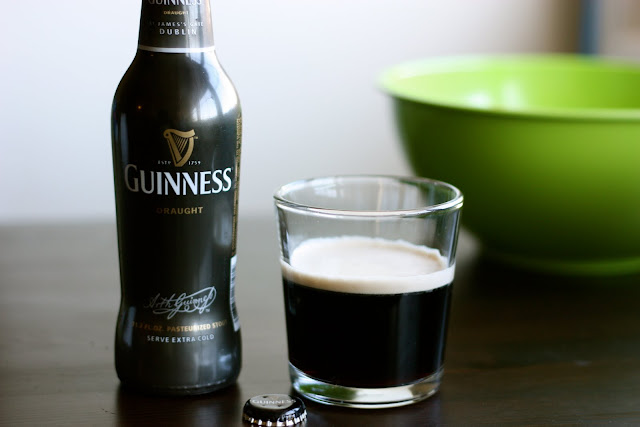 Follow the directions on the box, except substitute room temperature
Guinness for the water. You can even add a little extra Guinness.
I actually used 1/2 cup in my recipe instead of 1/4 cup,
and it worked out fine. Save the rest of the beer for later in the recipe. 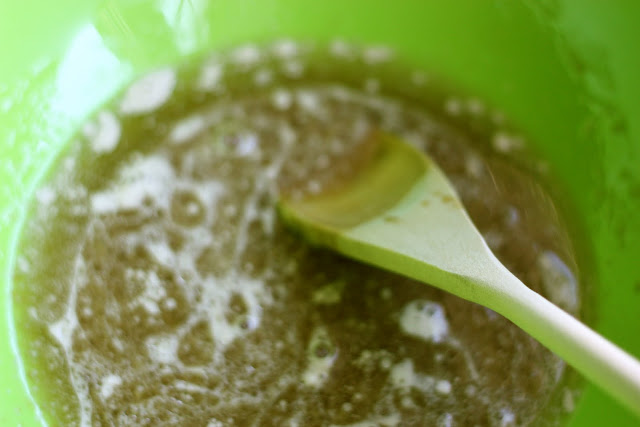 Mix together your Guinness and your egg and your oil. Add in the brownie mix.
One thing I should mention is that Ghiradelli's brownie mix has chocolate
chips already in it. I would suggest adding 1/2 cup of chips if you are using a
mix that doesn't already have them.
But only if you are a fan of melted chocolately goodness. 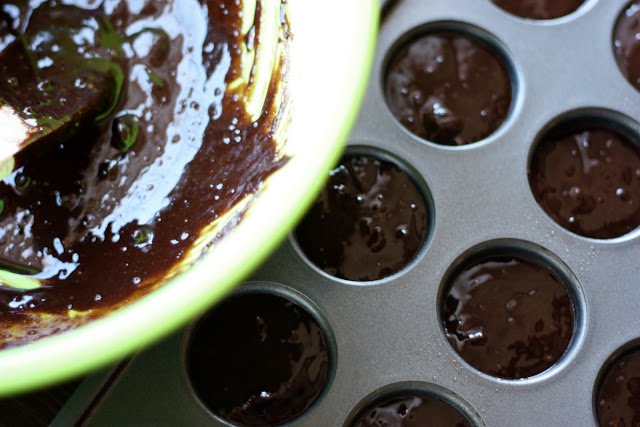 Stir the brownie mix into the wet ingredients with a wooden spoon
until combined. Spoon batter into a mini-muffin tin.
Bake at 325 degrees F for about 15 minutes. 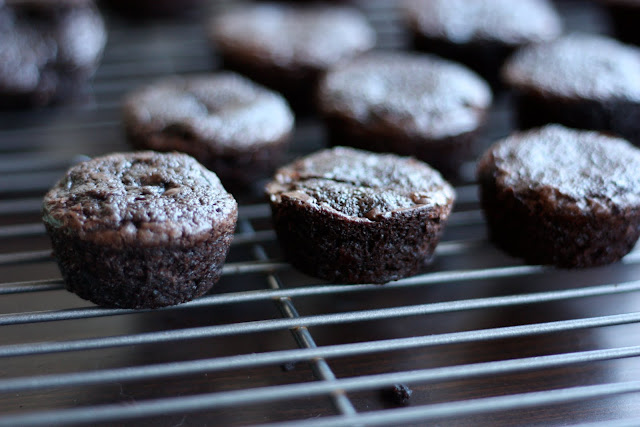 Let brownies cool in the pan for a few minutes,
then transfer to a cooling rack that has been placed over a baking sheet. 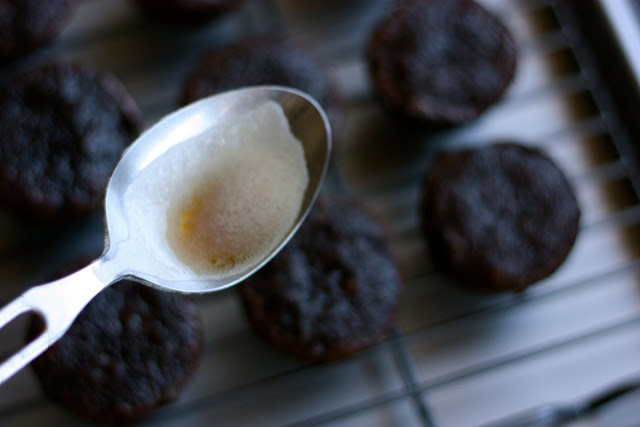 Take the leftover Guinness and spoon just a little over the top
of each brownie. This will make the brownies super moist and give it a
little extra kick of flavor. And now, it's time to add "the bomb"... 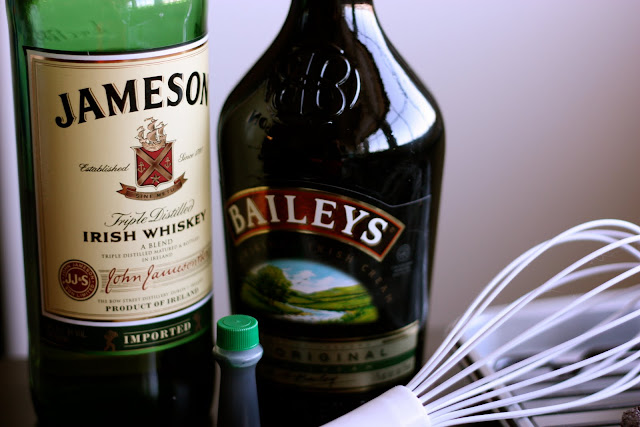 You will need: Jameson Irish Whiskey, Bailey's Irish Cream,
and some green food coloring if you like 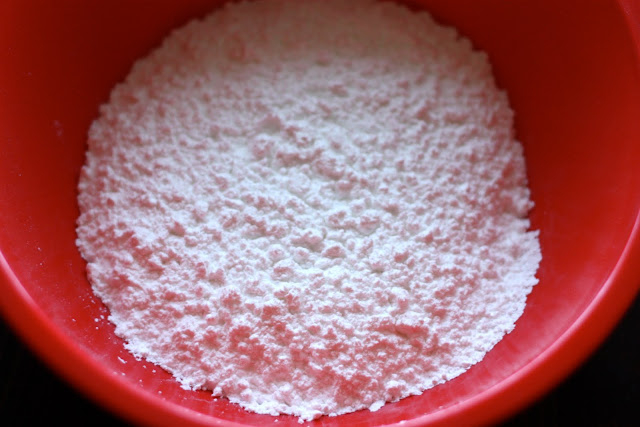 Place 1 1/2 cups of powdered sugar into a medium bowl.
Whisk in a tablespoon each of water, Jameson, and Bailey's. 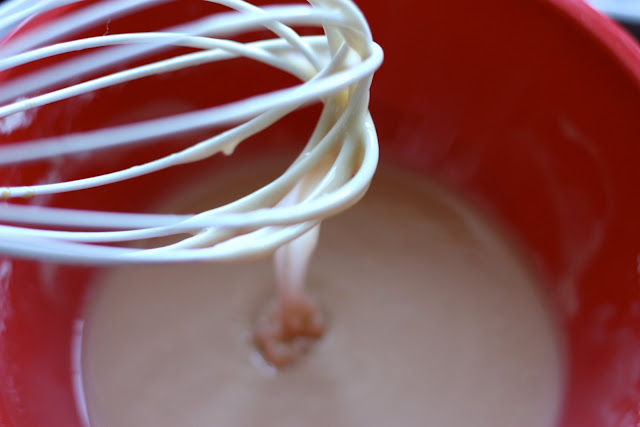 You may need to add a little extra water or sugar to get the right
consistency. Then add your food coloring, if desired. 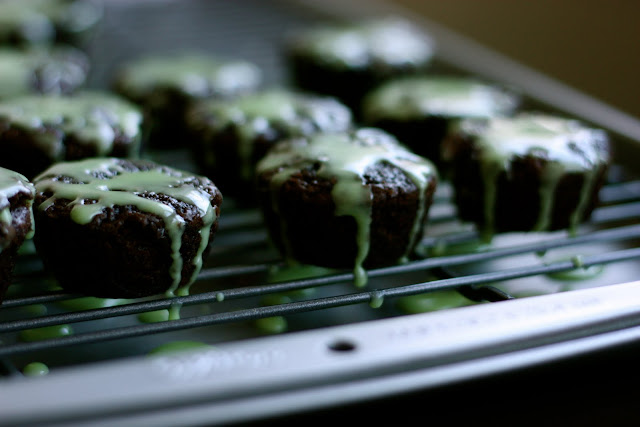 Drizzle the glaze over the brownie bites, as much or as little as you like. 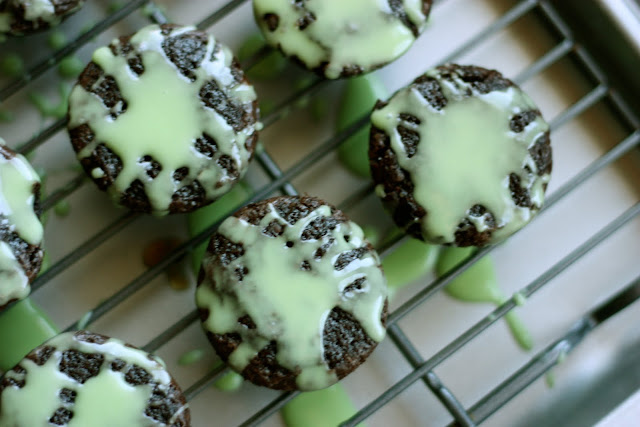 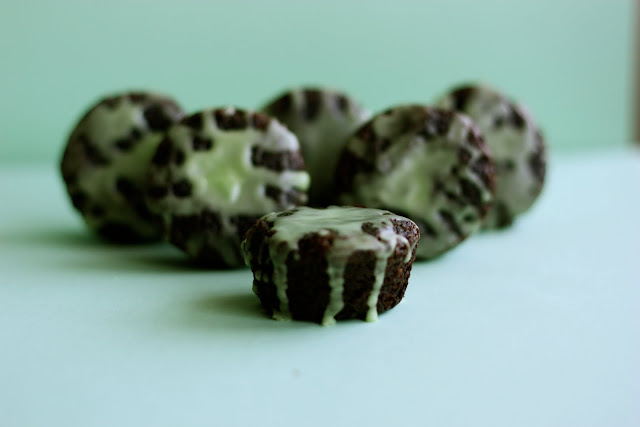 Best enjoyed with a cup of coffee, a glass of milk, or an ice cold Guinness.
Email ThisBlogThis!Share to TwitterShare to FacebookShare to Pinterest